Today I’m posting up some of my pencil roughs from the third instalment of Darren Shan’s Zom B series, Zom B City, out tomorrow! Personally, as an artist and a general nosey git, I love to see the different stages of other artists or illustrator’s work in progress. Sometimes things can be improved in the final art and sometimes you lose some of the spontaneity you had in a pencilled sketch. On a practical level for this series, I had to provide pencilled roughs for Darren and the Simon & Shuster team to approve before I went onto produce the final illustrations, so I usually have to include as much in these roughs as you’ll see in the final piece.

Sometimes though, the picture will take on a whole new dimension or direction when you come to ink it. My tendency to let rip with the markers or brush pens when inking and not exactly knowing how things will eventually turn out, gives me a big buzz, seeing it come together in all its inky splattered glory.

As Johnny from the Fast Show would say, ‘Black, paint it black!’ 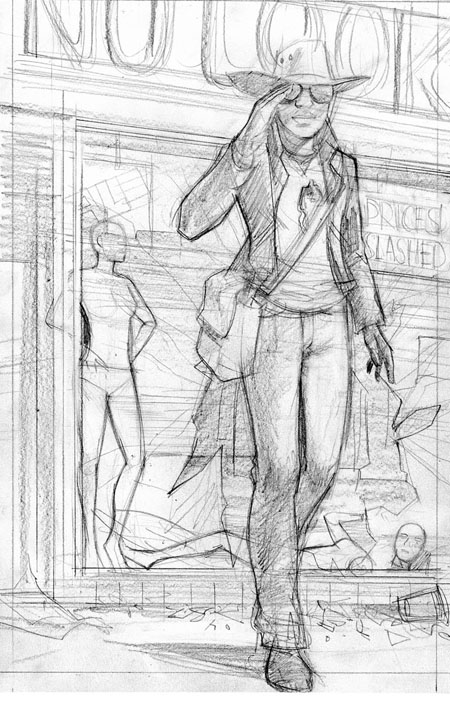